“Clevan Thomas is universally known as one of the best defensive backs in Arena Football League history,” Brigade Head Coach Omarr Smith said. “He is a Hall of Fame player, a champion, an inspiring leader and an even better human being. In addition to the contributions he will make on the field, Clevan brings a wealth of knowledge that will be invaluable to our younger players.”

Thomas, a Florida State alumnus, ranks in the top 10 in a number of AFL defensive categories. He ranks second all-time in interceptions (81), third all-time in pass break-ups (161) and is tied for ninth all-time in total tackles (538). 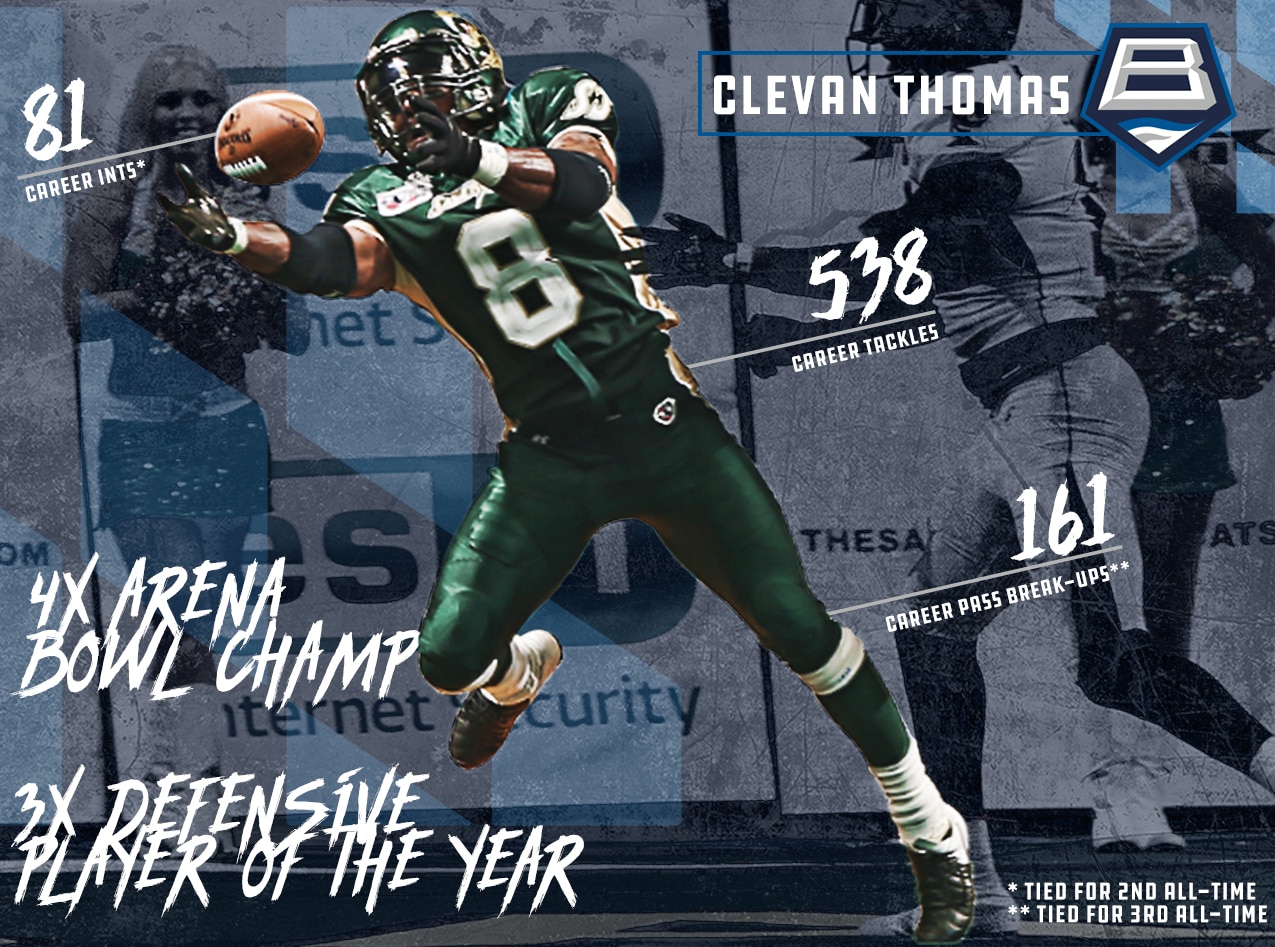