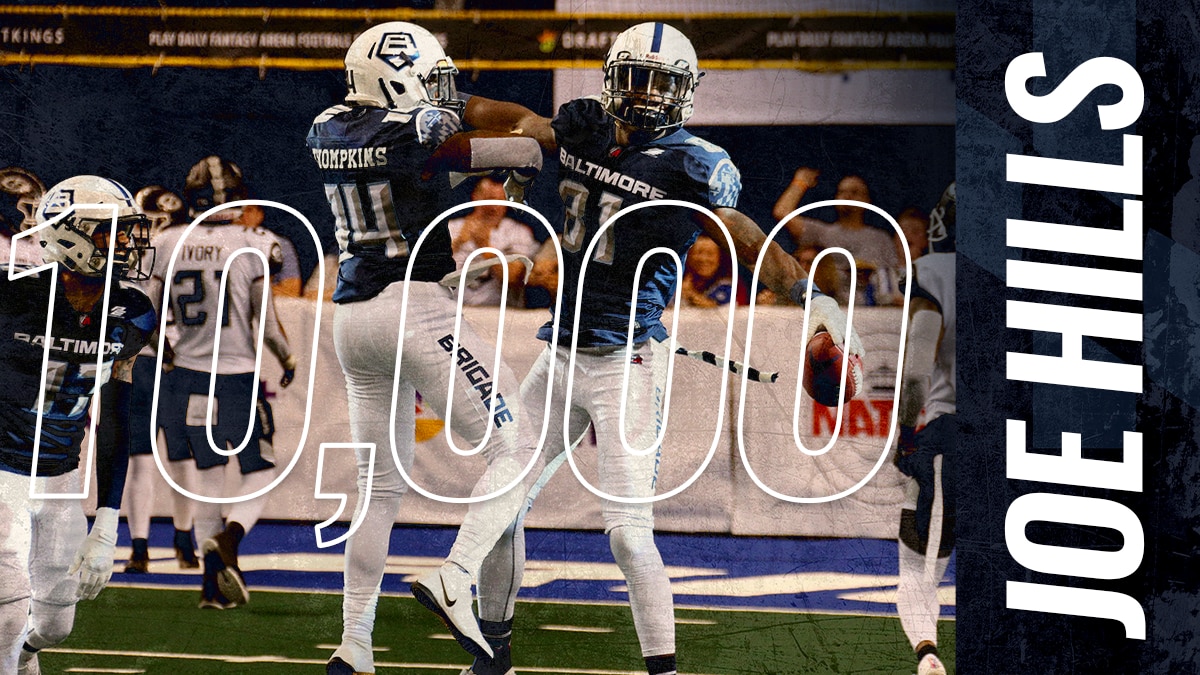 2.      Hills currently holds the longest streak in AFL history for most consecutive games with a receiving touchdown at 95 games. On July 15, 2017, Hills surpassed AFL Hall of Famer Damian Harrell’s previous mark of 78 games, scoring on a two-yard pass from quarterback Randy Hippeard against the Baltimore Brigade.

5.     The Palmetto, Florida native is a seven-year veteran and has played for five different AFL teams including the Tampa Bay Storm, Spokane Shock (for one game), Jacksonville Sharks, Albany Empire, and the Baltimore Brigade. 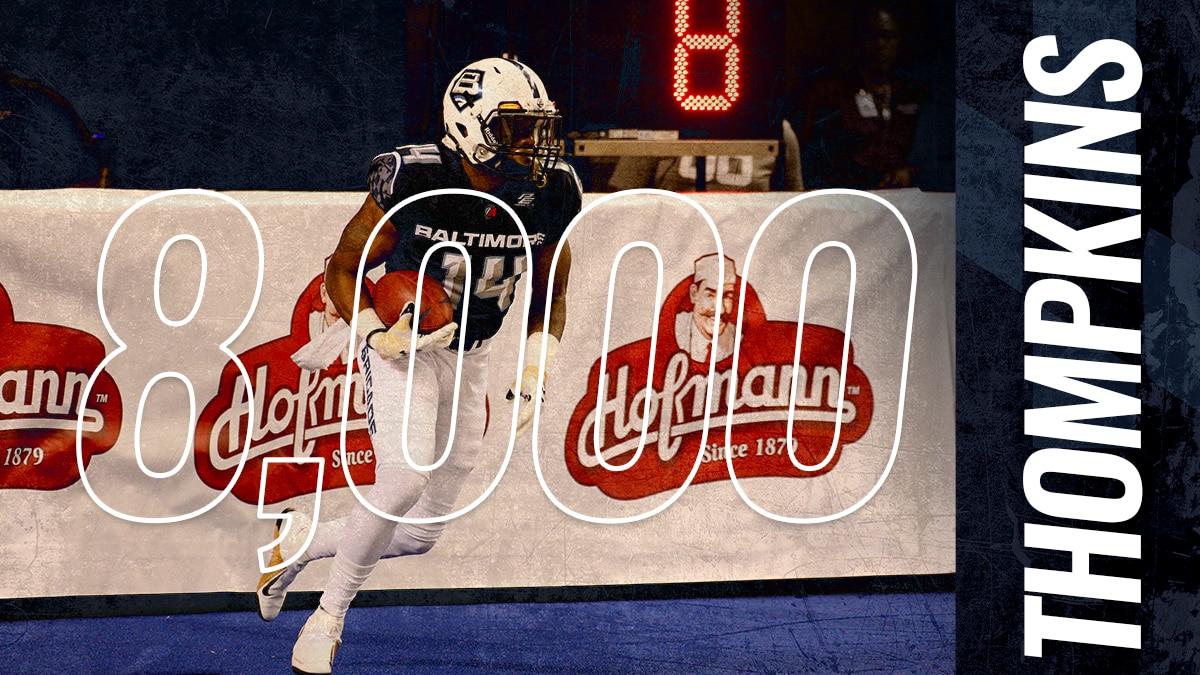 1.     Brandon Thompkins hit a new milestone of 8,000 career receiving yards on Friday night against the Columbus Destroyers.  He is 28 th all-time with 8,049 yards and just 64 yards shy of moving up to 27 th. The Baltimore Brigade is the only AFL team with two active players in the top 30 all-time in receiving yards.

2.     Thompkins has earned six All-Arena honors in just four years as a wide receiver and a kick return specialist.  Last season, he was the only player in the AFL to earn All-Arena honors in two different positions, a feat he has accomplished twice. In 2016, he was named Playmaker of the Year.

3.     Currently Thompkins is leading the AFL in kickoff return yards at 213, which is 55 yards more than the player in second place. He is fourth in the AFL in receptions with 22 and sixth in receiving yards at 216.